Between the prominent, brutalist towers of the Tøyen neighborhood in eastern Oslo, a parked yellow Nissan van caught our attention. Tøyen Taxi is a meeting place that hosts non‑commercial activities for the neighborhood, funded by the local authorities in the Gamle Oslo borough and run voluntarily by Gisken Sofie Nordgaard.

Gisken knows Tøyen very well. She lives here and works at the K1 activity center, an open meeting place accommodating diverse and inclusive activities for the residents of Tøyen, especially children and young people. The idea of Tøyen Taxi came last year when part of Kolstadgata street became car-free. Eventually, that part of the street will be incorporated in the yard of Tøyen School. Meanwhile, the Gamle Oslo borough wanted to use this space for various activities and announced an open call for citizens to apply with ideas for temporary projects. Tøyen is a working-class area experiencing rapid changes through urban social policy and investments on renewing the area.

“In recent years, Tøyen has achieved a much better image,” says Gisken. “This transformation, slow gentrification, is very much noticeable in Tøyen’s main square. The old functions have been replaced by commercial, recreational uses. Quite a few of them are bars and restaurants selling alcohol. If you consider that a big part of the population here does not consume alcohol, those places don’t really reflect the diversity of the community. The post office became a bar, the tax office a bar, and so on. At least they kept the names of the previous uses.”

“Our goal was to create a pop-up space both outdoor and indoor and offer something more inclusive for the population of Tøyen,” Gisken explains. “We also wanted to play with the name of something existing, so we decided to engage the old taxi station that is no longer in use.”

Gisken and one of her neighbors applied with this idea, and with the granted funds they bought the “taxi”, which is actually an old van. “We found it on an online platform,” Gisken recalls. “It was already yellow, so it fit just perfect! We bought it and we drove all the way here, where it will stay parked for a year, maybe more if we get an extension.”

For nine months now, the van has been available to neighbors to have events or any activities, as long as they are inclusive, non-commercial, and open to everyone. Activities have included cake sales, youth theater, plant markets, and swap meets. The most regular activity has seen a poet writing and hanging little poems while sitting and chatting with passers-by. Giske has further plans for the project. “I really want to make this spot nice for the people to pass by and sit at these chairs and have coffee or lunch. I would love to make it even greener because the street is still pretty gray. I have some ideas on what to do with the space, but because of work I don’t have that much time. It’s just a volunteer project for me.”

In recent years the city has invested a good deal of money in the Tøyen renewal project, and many improvements have been made. The question whether the goal is to improve the conditions of the existing residents or to raise Tøyen as an attractive residential area for a strong, urban middle class concerns Gisken like many others.

“People in Tøyen were always involved and really willing to make a change in their neighborhood and their community, way before politicians took their decisions. There has been a lot of movement from the ground and that’s really inspiring. Maintaining this energy and diversity is challenging, especially if things are only thought of short term.”

Smaller, time-based “projects” with limited budgets may seem to be a reaction against lengthy bureaucratic processes, but the question remains: how sustainable is this in the long run? “In our case, Tøyen Taxi was meant to be temporary, and as volunteers we could start right away. The idea of involving the population is very nice, but you can’t run a city on volunteer work only. Of course, there are projects and projects. I mean, an upgraded square is an upgraded square that benefits the whole area. But let’s take the example of the activity center where I work. It’s mostly run by project money. What happens when the money runs out? Then the kids have nowhere to go. Fortunately, the municipality is trying to figure out how we can make it sustainable in the long run, so I’m curious to see how things will evolve”. 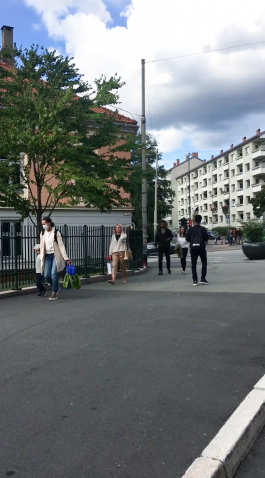 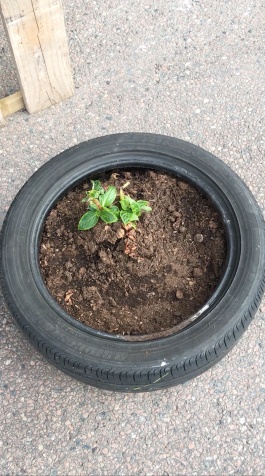 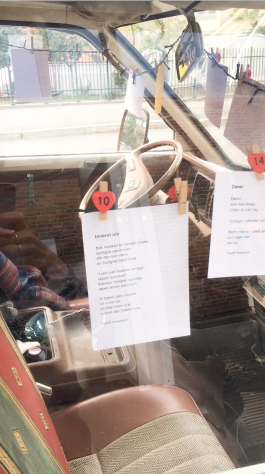