Nordic Black Theater is an independent theater ensemble and school, established in 1992 with the aim of bringing diversity to the theater scene of Norway. With a long and turbulent history, NBT has grown into a respected institution cooperating with a wide range of groups and organizations, including major national theaters in Norway and abroad. Though the name might sound straightforward, it is exactly what it is about.

Cliff Moustache (artistic director) and Jarl Solberg (administrative director) initiated NBT in 1992 in the old Park Theater at Grünerløkka, as a reaction to the absence of actors with minority backgrounds from the stages of Oslo and Norway in general. “In the beginning, although many of us were not black, the people in the theater and in the neighborhood around were and still are black”, explains Jarl.

Cliff is from the Seychelles, and at that time he was working with a network called Artist for Liberation. “I came to Oslo, with my own education and professional experience and wanted to be part of something,” Cliff recalls. “At that time, a lot of people came to live in Oslo having ambitions and wanting to work. The whole art system and academic system was so introverted and conservative, so none of us ever dreamt that we will have a chance to be on stage. We needed to have a place to exercise our profession, and that’s when the idea of Nordic Black Theater was born. The world was starting to change. Migration started rising, and we felt that if the country didn’t acknowledge our existence, it will be a big loss for the society in the future. That is what we were thinking from the day we started the NBT. We had a dream and a vision for the future of the country, the future of our community, and future generations.”

The school, Nordic Black Express, was born to support this venture, and for 28 years now, the school and theater have offered alternative education and a stage for performing artists, for children and young people with alternative backgrounds.

The first 10 years were a constant struggle, since nobody took them seriously and finding permanent funding was a real challenge. On the other hand, the theater was growing, and along with it an informal network of freelancing artists. In 2000, while the theater was about to shut down, two major events happened that shaped the theater’s destiny. After a long battle in both the parliament and the press, NBT was finally granted permanent funding. With the support of the Ministry of Culture, Arts Council Norway, and the municipality of Oslo, NBT was included in an item in the national budget, funding that the theater is still running on. At the same time, though, NBT lost its location, the old movie theater in Grünerløkka.

“When we opened up in ’92, no one wanted to be in Grünerløkka,” Cliff explains. “All the apartments were empty and unsold. In 2000 the area started becoming very hip, and now it is one of the most expensive areas in the city. A lot of people started moving in and one day, gentrification knocked on our door. Some consultants came to the steps of the theater saying that they wanted the building, and one day after they had the building. So we were suddenly on the street.”

That year, having no home, they decided to go on a tour along the western coast of Norway with Innvik, a ship converted to a theater, with 12–15 cabins and an audience capacity of 200. “We started joking that we could start doing opera at the port of Oslo,” Cliff says. “At that time, they had just decided to build the Opera in the inner port area of Oslo. We were 35 Nordic Black people touring, which was by itself a quite interesting trip.”

Six months later, Innvik was decommissioned for technical reasons. The Ministry of Culture was happy to hear this, since the maintenance of the ship cost a good deal of money. But everybody loved it and the whole city was mobilized, so NBT moved on to an alternative plan. They bought Innvik and moored it next to the site of the future Opera. Although the media mocked them (“The Bankrupt Nordic Theater bought Innvik”), this event marked a new era for NBT. “We realized that we had to stop being the ‘bankrupt theater’,” Jarl remembers. “We had to change our image, and we worked really hard to achieve that, but our presence was still not welcome. We came sailing into the port area and the first thing they said was that there is no space for us.”

Fortunately, the vice-mayor of culture, who would later become the minister of culture in Norway, intervened and made sure that they got permission to stay. From this day on and for 10 years, they became the talk of the town, serving the whole port with events and performances. A bed and breakfast on board contributed to keeping a lively atmosphere on the ship 24/7, while financing the whole operation. The “theater ship” was the most interesting place to be in Oslo. People came to visit all the time, even politicians. But the fire department had a different opinion. One day they shut them down. Since it was neither a boat nor officially a hotel or bar, it made it difficult for the authorities to classify it, and it was deemed dangerous. “No one could challenge a decision from the fire department,” Jarl says. “So we decided to let go. It wasn’t an easy decision. We put an ad in the newspaper, sold the boat, and started looking for a new place again.”

Looking back, Jarl and Cliff admit that it has been for the best. After all these adventures, they moved into a beautiful, small church in Hollendergata that they eventually managed to buy with a long-term payment deal. Finally, a place of their own! In their new home and for the past 10 years they have been organizing and hosting 400 events yearly, a mix of theater, concerts, and events.

“We have a quite interesting program, but we don’t have an audience that we stick to,” Cliff notes. “Of course, the theater has its own audience, but we also have a young black artistic audience connected to the school, open stage performances, slam poetry, a jazz club, and more. We are currently thinking about how to connect these different audiences. We create everything by ourselves, we write scripts and produce our own performances, we decide ourselves what we are going to play. We like telling good stories!” Cliff says proudly. “We don’t have a permanent ensemble, but we have created a network of freelance actors, musicians, technicians, writers, and other professionals, and we engage in many creative collaborative processes with other multicultural artists and institutions.”

In recent years, they have been involved in impressive collaborations with local and national cultural institutions, like the Oslo Philharmonic and the Bergen Philharmonic Orchestra at the Bergen International Festival, and they have staged their work at the Opera House and the Grieg Hall in Norway, among other venues. Despite this impressive résumé, the situation isn’t always easy. It took them decades to achieve recognition and respect in the local art scene, and the challenges are still there, Cliff explains. “In the beginning everybody thought we were just some guys doing some weird thing, nobody wanted to talk to us, nobody wanted to be part of the board. We started as a small group, and now we grew into a quite big, mobile network of people working together and having dialogues with everybody. Something has changed, but in many ways we are still invisible. We don’t get enough attention in our own neighborhood, Grünerløkka. We have to invite people to come to our shows. It’s still complicated to be a part of the area. Oslo is very, very multicultural, the society is changing and there is a kind of dynamism that we need to address. Unfortunately, the media, reviewers, and art critics fail to address this issue. They don’t see us. We want to change that. We might be invisible to some, but we know that we are very important for a lot of people in our community, and this is the most interesting thing for us. When we talk about ‘the community’, it is not the physical place, the neighborhood, the local or the national scale."

"It is a dynamic and emerging community of people that we want to bring together. That is why the Nordic Black Xpress school is so important, to challenge the educational and art system, which is accessible only to a few.”

Nordic Black Xpress is a two-year, full-time, tuition-free program for a group of 8 to 10 students. The school recruits talents from different communities and with different backgrounds. The audition period is a long process of a couple of months so the candidates can gain a better idea of what the school is about. Although the school is not part of the official educational system, it provides students with self-esteem, performing skills, personal development, and professional experience, preparing them to pursue careers at other institutions or to start working at the theater. Out of this program have grown various satellite groups and organizations.

“We are proud to be a catalyst and inspiration from which young transcultural artists can flourish,” says Cliff. “We want them to go back to where they live and talk about the work they do and be proud of it. Through the school we are in a position now to educate the coming generation, the future of the country, and this is what we call ‘the community’. These possibilities were not there before, and we really try to focus on the vision of tomorrow. Our work is about visualizing another possibility of making, seeing, and talking about art. We want to challenge ‘conventional art’ by showing the audience things they are not used to seeing. We are interested in seeing what happens when non-conventional art and the mainstream meet, without being merged or ‘normalized’. Why other institutions want to work with us? It is because we can bring new types of audience, a young audience, with many different backgrounds, and we really make sure that they are represented on stage. Everyone wants to be part of something, because if you don’t belong to anything, you are lost, you suddenly become a problem. That’s why a lot of young people feel lost today. You cannot define nationality today. We are in Oslo, we are in Norway, we work here, and we belong here. I think nobody wants to be invisible in a society. That is why the discussion with Black Lives Matter is very important. We need to see each other. If we think like that, if we are open, I think we will be able to avoid a lot of social problems and prejudices in the country.” 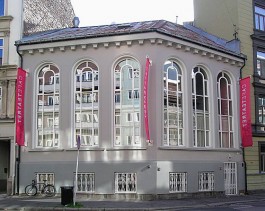 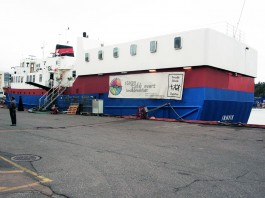