Lakkegata elementary school used to have one of the city’s smallest schoolyards. Five years ago the parents’ committee (FAU) initiated a project to extend the schoolyard. Now the area has been transformed into one of the finest schoolyards in the city, an open public space that was recently nominated for the Oslo City Architecture Award.

Liv Guneriussen and Stian Schjelderup, parents with kids attending Lakkegata School, are the driving force behind the new schoolyard. Stian is an architect and Liv is an ex-teacher and former leader of the parents’ committee at the school, with experience in education policy. It all started in 2015, when the situation at the little park in front of the school became unbearable.

“There was shady business going on,” Liv remembers. “Drug dealers and buyers would hang out here, something that no one wants to have near their kids’ school. This spot was not part of the schoolyard but rather ‘public space’, so the principal had to call the police almost every day. This struggle with the police was not sustainable. That made the situation urgent for us. We couldn’t have it like that anymore.”

A survey conducted by the local district council confirmed that precisely this place and the adjacent empty parking lot were the spots where pupils felt most unsafe. But the situation uncovered a much bigger issue. With an increasing number of pupils and the surrounding area marred by drug dealing, the old-fashioned paved space of the school’s yard was simply too cramped.

The case was brought to the city council for a formal addressing of political responsibility via a “citizen initiative”. The first step thereafter was made with the renovation of Mosse Jørgensen’s Square into a nice neighborhood playground. When the parents’ committee brought the issue to the attention of the local district, which owned the park, the decision was made locally together with the educational authorities, and the results came quite fast. However, during the process the parents expanded their ambitions: “‘Wait a minute … There’s an empty lot next door. Who is the owner and why is it empty? Why don’t we use it?’ When we realized that the owner was the department of school buildings, we were shocked! They own this place?! When we contacted them, they said they might build a kindergarten, they might … in the future.” Liv continues tartly: “Bureaucrats – no sense of responsibility and definitely no inventiveness and ideas on sustainable development of public property. In Oslo the culture of bureaucracy is not like, ‘We have a parking lot. What can we do for the kids?’ That’s not the spirit at all. It’s more like, ‘Oh, we have a parking lot. Let’s not tell anybody, otherwise we’ll have to work on it.’ So they had to be pushed!”

Liv and Stian presented their ideas to the parents’ committee. “This is what we’re going to do. We’re going to get this place for our kids! We want this to be a schoolyard. We don’t want another building. We need more space!”. They amassed legal documents, researched spatial norms and school building regulations, and figured that their school still had one of the smallest ratios of free space per pupil in the city of Oslo – only four square meters per pupil.

“We started a citizens’ initiative and a petition, and when we collected 300 signatures, they had to consider the case. The decision on expanding the schoolyard was unanimous. The Grünerløkka district and the local politicians were very supportive, but they didn’t have the power and the money for the next steps. We had to go to the mayor and the city council who received the proposal with enthusiasm. On the other hand, though, the educational authorities and their building department were deaf to our requests. Although the school director was supportive, he was in a squeeze. He couldn’t do this campaigning, because of his position. So we did all the angry stuff. Angry parents and activists – an interesting combination.”

It took a lot of lobbying, countless hours of meetings (Stian estimates around 1000), and of course strong social media activity. Stian made the first drawing of the area, with a skating ramp that the kids asked for, and posted it on the Facebook group. This was a crucial moment. The group started gaining a lot of followers and publicity, putting a lot of pressure on the municipality.

“Suddenly everything was public,” Stian says.

“They had to take action because everybody was watching. Every time when we went to a meeting, we took with us the leader of our neighbors, neighboring organizations, the principal, and the student council. We were all in this together, and of course this made a huge impression on those we met but also had a positive impact on ourselves. It was a common effort.”

The slow bureaucratic process of decision making, the hierarchical dynamics between the stakeholders, and of course securing adequate funding were the biggest challenges. “If we hadn’t raised funding on our own, we would hardly have achieved this,” Liv says. “We knocked on all the doors and received support from Grünerløkka’s district council, because they really wanted this to happen together with the largest bank foundation in Norway and also Tove Reistads Stiftelse, a private foundation which is founded on relevant statutes. They trusted us with a considerable sum.”

When the parents’ committee raised 2.5 million kroner, the municipality realized that the group meant business and that sitting down with them at the table was unavoidable. The School Building Department eventually recognized the value of the project and took over. This sparked off a chain reaction. “When the foundation saw that this was going to happen, they gave us two more million kroner,” Continues Liv. “If you manage to make the first step and create momentum and catch the attention of the media, suddenly everyone wants to participate.”

In 2015 the decision was made, and after four years of hard work the new park was inaugurated with a big party. “It was worth every second,” Stian says. “The result is overwhelming. We’re incredibly proud of what we have achieved. A bunch of amateurs doing everything themselves. Norway is built on this spirit of dugnad. There is no English word for that – it’s ‘free community work’ where everyone comes together. No one expects to get paid. And no one complains about it. Yeah, this is dugnad, but ten times or a hundred times more”. The school, the neighbors, the parents, and children became key agents, challenging the power structure between bureaucracy and citizens. “It’s a victory for local democracy,” Stian adds.

The space is now regulated as an open schoolyard that benefits the entire neighborhood and the local community. It is an area boost for future generations, featuring a popular skate park, climbing walls and a covered space, new bike racks, lights, benches, and a big wall illustration made by Riccardo Ten Colombo and selected by the local residents. Recently the school was granted permission to plant vegetable gardens along the skate park and the side road. In the long run, a direct connection from the existing schoolyard via the new park is also planned.

“We are very happy to inspire others to do ‘guerrilla work’ for the greater good like this,” Liv explains. “We have met many schools and we’re doing presentations for people that are in similar situations. We know how it feels to be powerless in meeting bureaucracy’s complexities, when they know the law, and all they tell you is that they can’t do anything. We encourage parents to stand up! Although it may seem hopeless, there are always solutions where there is a will to improve. We are happy to share our experiences with other schools and parents.”

Liv and Stian managed to turn an almost utopian idea into reality solely through their strong will and engagement. Today their kids have grown older and moved on to another school, a hundred or so meters further north. So the struggle continues into new territory, but Liv remains optimistic. “We know that Oslo is a city that is full of generous and resourceful people who make an effort to let children and young people enjoy meaningful activities after school, regardless of their parents’ wallet. And that is what we’re fighting for.” 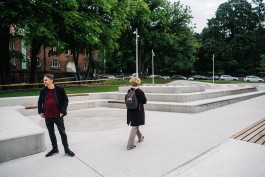 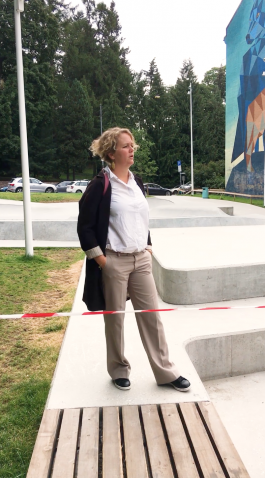 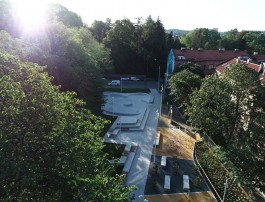